SMA is a rare progressive neuromuscular condition and characterised by a wide spectrum of how severely children and adults are affected.

The symptoms vary from person to person. SMA may affect daily activities such as breathing, eating, hugging, grabbing, nodding, sitting and walking.

SMA is a rare genetic and progressive neuromuscular condition occurring in approximately 1 in 6,000 to 10,000 live births.

Characterised by degeneration of nerve cells in the spinal cord (motoneurons), SMA leads to progressive muscle weakness and atrophy.

Untreated, this results into loss of movement and even death.

SMA has many faces. SMA is characterised by a wide spectrum of how severely children and adults are affected. The symptoms vary from person to person. SMA may affect daily activities such as breathing, eating, hugging, grabbing, nodding, sitting and walking.

However, variations in disease progression, treatment interventions and disease heterogeneity regardless of type have been evidenced by natural history studies, therefore SMA management recommendations in the rehabilitation phase are based on the current mobility level of patients; that is, whether they are a 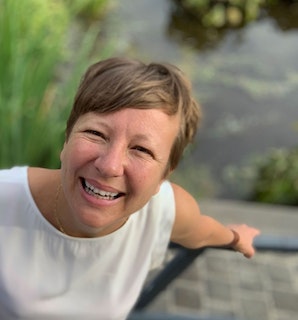 What are consequences of SMA?

The consequences of SMA vary among affected individuals and are related to how severely the patient is affected. Often the lives and independence of individuals with SMA is heavily impacted. Symptoms such as muscle weakness, reduced stamina, fatigue and pain make it difficult for patients to carry out everyday tasks, such as chewing and swallowing food, or operating power wheelchairs for prolonged periods of time.

In addition, basic physical functions such as respiration may be affected, resulting in a need for assisted ventilation, and orthopedic difficulties frequently arise as a result of contractures and scoliosis. Due to these challenges, patients and their families may experience physical, psychological, social and financial burdens.

In addition to the loss of motor functions, other consequences have an impact on the quality of life of those affected. Among these are:

problems with swallowing and food intake

contractures of the joints

deformities of the bones and spine (scoliosis)

impairment of the voice

impact in other cells and tissues of the body

Is there a cure for SMA?

To date, no cure has been developed for SMA. However, three disease-modifying SMA medicines received EMA approval and many other drugs are in development with varying mechanisms of action and administration routes.

The day-to-day focus, especially for the chronic population, is stabilisation of the disease progression, on treating the symptoms and on delivering the highest standards of care. This includes anticipatory care, managing symptoms and maintaining the best quality of life.

Standards of CareLiving with SMA

SMA is caused by a fault in a gene called Survival Motor Neuron 1 (SMN1; i.e., homozygous mutation or deletion). This gene carries the information required for the production of an important protein called SMN. When there is not enough of this protein, the nerve cells that help control the muscles for moving and breathing become damaged.

Usually, electrical signals from our brain are sent down our spinal cord along our nerve cells (motoneurons) and through to our muscles. This makes it possible for us to consciously contract our muscles and to make them move. In SMA, the nerve cells are damaged. The “communication” between nerve cells and muscles is bad or fully interrupted. It is challenging or impossible for someone living with SMA to make the muscles moving.

SMN is not only produced in nerve cells, but in all cells of the body, so the absence of SMN is discussed to have an impact in other cells and tissues of the body as well.

What is a carrier?

SMA is passed from parents to their children through their SMN1 genes. When two people who are carriers have a child together, their child may inherit two faulty SMN1 genes, one from their father, one from their mother. There is a risk of 25% for each of their pregnancies, that their child will have SMA. This probability remains the same regardless of whether the parents already have an affected child. When two SMA carriers have a child together, there is a 50 % risk that the child will be a carrier. In rare cases, spontaneous mutations in the SMN1 gene can occur during egg or sperm production. In this situation, only one parent will be a carrier.

Approximately one in 40 – 60 people is an SMA carrier.

A DNA test is the only way to know if a person is a carrier of SMA. The DNA test is a simple procedure, based on a blood test.