The Congress began with the session “Spinal muscular atrophy: New horizons beyond the disease”, organised by Eduardo Tizzano, director of the Clinical and Molecular Genetics Area and the Rare Diseases Unit at Vall d'Hebron Hospital and winner of the Queen Sofia Award for Prevention. The session counted with the participation of patients' representatives from FundAME (Spinal muscular atrophy Foundation in Spain).

It was followed by the session taught by Yasemin Erbas, Vice-president of SMA Europe, called “SMA Europe’s evidence-based patient advocacy: Bridging the gap between clinical research and patient experience.”

The scientific programme of the Congress included the following sessions:

- "Dysfunction of Sensory-motor Circuits in SMA"

- "SMN Network and Beyond"

The 3rd International Scientific Congress on spinal muscular atrophy ended with the Award Ceremony for the best oral presentation and the best three scientific posters on SMA.

We greatly appreciate your attendance at our Congress and hope you enjoy some photos of the event! 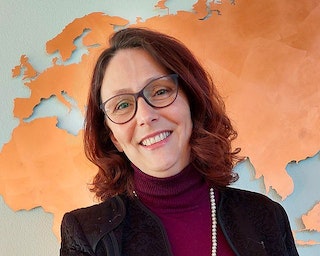